The age of the gig worker has made being an independent contractor or hiring one a very common business practice these days, regardless of industry.

But understanding the difference between an independent contractor and employee is very important as a business owner so that you make sure you can use both effectively in your business while not taking on more liability than you intend to. Employees are entitled to all sorts of benefits under the law, including insurance, including compensation, including protections. Whereas independent contractors aren’t.

Within the last few weeks, the Department of Labor has issued a new proposed rule on defining what an independent contractor is, and it’s potentially going to change the rules for all employers.

During the Trump administration, the Department of Labor adopted a very simple two factor rule. They’re now doing away with that and creating a much more extensive six factor rule. And that rule is going to make it much easier for you as an employer to accidentally or inadvertently turn an independent contractor into an employee.

The key with independent contractors is that, one, the oversight is generally very narrow, so you as an employer aren’t giving them oversight on their job. You’re simply telling them the outcome that you want. They get to choose how to execute and accomplish that outcome. Outcome to what you hire them to do is not generally in the course of your regular business. So you’re hiring them to do something that you don’t have someone within your team to do or that is not included in what your business regularly does.

There are certain things employers do for employees that they shouldn’t do for independent contractors.

For example, you as an employer might want to avoid giving an independent contractor an internal email address that’s connected to your business’s email, or giving them business cards that show them as directly related to your company, or putting them on your website as part of your team.

All of these are things that would go to show that you have taken that person from an independent contractor to an employee. And what happens if you misclassify someone as an independent contractor and the government then determines that they are in fact an employee? One of the things that can happen is that the IRS can come back after you for employment, wages that you didn’t pay for that person.

You can be fined. You can be civilly liable to that person for any sort of employment, taxes or compensation that they would have been entitled to as an employee that they’re not entitled to as an independent contractor. And if you’re found to have done it intentionally, you can be criminally liable and serve up to a year in jail with the up and coming change under the Department of Labor Standards.

Businesses need to take the time now to evaluate their current independent contractors.

While this doesn’t completely safeguard you against the Department of Labor Standards, it is a step in the right direction to protecting yourself and your business. As an attorney, I work with lots of startup businesses and lots of entrepreneurs, and it’s a necessary fact that they need to hire outside independent contractors to do all the things that you have to do when you’re operating a new business, like accounting, marketing, and sales.

It also prevents you from being liable to that person if they ever try and claim that you instead, in fact treated them like an employee and not an independent contractor. Let me help you get all of this in writing so that I can help you be protected and thriving. 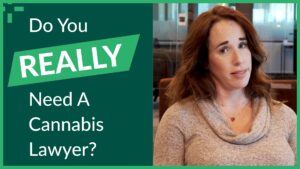 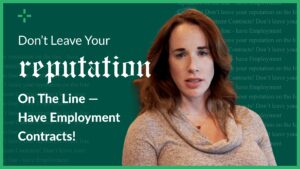 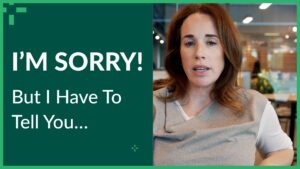 Will Cannabis be legal in 2023? Sorry to tell you…

Will cannabis be federally legalized in 2022? I’m sorry to say guys, probably not. Hey, I’m Morgan Davis. I’m an attorney focused on cannabis and